Germany had a horrible leading role in World War II. But since then, the country has taken astounding steps toward setting things right and making amends. While it is too late to directly help those killed in the war or those who died directly afterward, the country includes the descendants of those affected in the group to whom the country wants to make amends.

Part of this push included Article 116, a German law that allows many people, including many descendants, to regain or obtain German citizenship if they or an ancestor were stripped of German citizenship between January 30, 1933, and May 8, 1945, due to Nazi persecution. While a large proportion of these people are Jewish, non-Jewish people who were stripped of their citizenship for political reasons, for example, may also be eligible. However, for decades, many were told they were ineligible for one reason or another.

Recent changes to the law have expanded the pool of those who are eligible. If you previously didn't meet requirements but do so now, to fulfill Article 116, you may want to look again at getting German citizenship.

What Are the New Changes?

In August 2021, the German government passed amendments that allowed those affected, plus the children and grandchildren of these families, to gain German citizenship through Article 116. No longer can you be denied solely because you or your parent was born out of wedlock, your father wasn't a German citizen, you didn't have birthright citizenship, your ancestors gained citizenship in another country before losing their German citizenship, and so on.

Are There Still Restrictions?

Yes, there are still restrictions on who can get German citizenship through this law.

If your parents lost German citizenship because of political issues or because they were Jewish, for example, but you yourself have been convicted of a racist act, you won't be eligible. The same amendment that opened up the pool of eligible people also made convictions for racist, xenophobic, or antisemitic activities an automatic disqualifier.

What Should You Do if You Think You Now Qualify?

See an Article 116 attorney immediately to go over the requirements. In addition to being able to prove your or your ancestor's previous German citizenship or residency, you may need additional paperwork, may need to show basic understanding of the German language, have a basic understanding of how the government there works, and so on.

Article 116 is a special category, so you're not necessarily going to have to follow all of Germany's regular citizenship-granting requirements. But you want to make sure you can tick as many boxes as possible to make your application process run more smoothly. And for that, you'll need to see a lawyer who specializes in Article 116 applications.

Reach out to a local article 116 attorney to learn more. 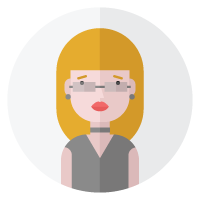 Many people immigrate to another country in order to work or attend school, and they must leave their spouses behind. My name is Roberta, and I believe that many people do not understand their rights involving having spouses in the country with them and bringing spouses into the country permanently. In this blog, I will discuss the laws and regulations involved in immigrating without your spouse and then having that spouse join you at a later time. I will suggest ways to find an immigration attorney to help you with your case, and I will provide other resources where you can get information and advice.